Fallout Equestria: Conquistadors is a side story written by Redemption. The story is a crossover with the game Battlefield 2142, set in mainland Europe (on Earth) and the Marevinas/Fillylands island (on Equestria) a few weeks after the Day of Sunshine and Rainbows. There are two protagonists, Sergeant Alexander Benedikt Terenti of the Pan-Asian Coalition and Lieutenant Edward Cooper of the European Union.

It’s the 22th century, and the dawn of a new Ice age has thrown the world into a panic. The soil not covered by ice can only feed a fraction of the Earth's population. The math is simple and brutal: some will live, most will die.

Two powers, the European Union and the recently formed Pan-Asian Coalition, fight over the remaining habitable land. As battles rage across Europe, North Africa and the Middle East, a small group of soldiers is thrown in another world, this one not covered by ice, but by radiation and taint.

Now these former enemies must put their differences aside in order to survive the hell of the wasteland.

The story begins on Europe, at the year 2140 during the Battle of Verdun. The world is in chaos, created by an unexpected Ice Age that is slowly consuming the far northern and southern hemispheres of the planet and altering the worlds climate, resulting in a massive refugee crisis and widespread hunger. Facing resource shortages and dwindling population, two factions, the European Union and the recently formed Pan-Asian Coalition fight over the remaining habitable land. 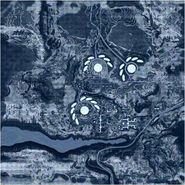 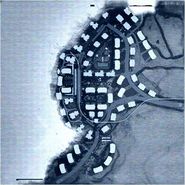 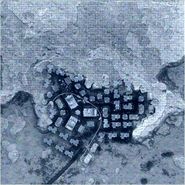 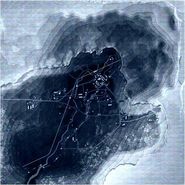 Verdun
Add a photo to this gallery

Conquistadors takes place in the Marevinas/Fillylands island, a place long disputed by ponies and zebras alike, even before the war. The island is currently divided by four major factions, from which one of them, the Confederacy, has been rapidly expanding. With the news of major changes going in mainland Equestria and the rising tensions between the great powers, the stage is set for a new order to rise.

The story is told from the perspective of two humans, both of them soldiers, thrown into the equestrian wasteland during a raid to a PAC outpost. They, along with other soldiers and their commanders, are forced into an uneasy truce in order to find out how and why they were brought there. Along the story, they also meet several inhabitants of the wasteland, some of them friendly, other not.

Being a crossover with Battlefield 2142, Fallout Equestria: Conquistadors also features many weapons, items and vehicles from the game.

Retrieved from "https://falloutequestria.fandom.com/wiki/Fallout_Equestria:_Conquistadors?oldid=45058"
Community content is available under CC-BY-SA unless otherwise noted.