The Everfree Forest, located in the northwestern Equestrian Wasteland, is a large expanse of woodland that has yet to be exposed to megaspell radiation. Despite its purity, the entire region has always been a magical abnormality, and many strange flora and fauna exist there, making it a dangerous and unpredictable location.

Before the war the Everfree Forest was the only place in Equestria where nature was not governed by ponies. Weather formed without the aid of pegasi and plants grew on their own, even the animals took care of themselves.

The Everfree was always a dangerous place even before the war with carnivorous creatures like manticores and other hazards. Princess Luna and Celestia had a castle in Everfree Forest that fell into ruins after Princess Luna's banishment, a meteor also crashed near the castle and was used by Princess Luna to forge the armor of Nightmare Moon.

Twilight Sparkle alongside Rarity, Fluttershy, Pinkie Pie, Rainbow Dash and Applejack, entered Everfree Forest to retrieve the Elements of Harmony, during Nightmare Moon's return. They encountered numerous challenges and temptations, but completed their quest and acquired the elements, purifying Nightmare Moon and returning her to her true form, Princess Luna.

Xenith believes that over 200 years ago, The Elements of Harmony were what kept the evilness of the meteor from further corrupting the forest. Once the elements were removed however, there was nothing to hold back the darkness. After the war the Everfree Forest became a death trap of horror. No one that enters is not suicidal, insane, crazy prepared or any combination thereof.

Places with in the forest

Stable 101 was built beneath the old ruins of the ancient castle that once housed the Elements of Harmony. The majority of this stable's inhabitants were killed by Red Eye, with only four known survivors, Doctor Glue, Doc Saughter, Gizmo and Red Eye himself.

The Cathedral was built atop the ruins of Red Eye's stable. It was a large structure that housed dozens of ponies. The cathedral was to be the site upon which the new unity would be created by Red Eye. It was destroyed by Littlepip, using Colonel Autumn Leaf's, Star Blaster.

In the Forest is a clearing with an oddly colored tree sitting at the top of a hill. The tree has a yellow coloration for the bark and pink leaves and the picturesque scene often draws in curious on lookers. At this point the trap is sprung, the Killing Joke that is hidden just under the dirt will rise up and claim another victim. The tree is not part of the Killing Joke but another victim used as bait.

The Everfree Forest is home to a large population of dangerous, carnivrous creatures that can easily make a quick meal of a lone, unarmed pony. Notable creatures living in Everfree include...

Cockatrices - The forest is home to Cockatrices, dangerous creatures that possess a petrifying stare. The petrification can be reversed by the Cockatrice responsible, but becomes irreversible if the Cockatrice dies.

Manticores - Manticores were known to live in the Everfree forest before and after the war. Besides their massive size, strength and limited flight capabilities, manticores also possess a poisonous stinger on the end of a scorpion tail.

Hydras - Though less common than other predators in Everfree, Hydras were known to live in the Foggy Bottom Swamp, located within the Everfree Forest. The Hydras possess remarkable regenerative powers and have four heads that can act independently from on another.

Star-spawn - Originally Ursa Minors and Majors, Starspawn were known to live in massive caves within Everfree Forest. One such Starspawn left Everfree to attack the nearby Sweet Apple Acre's, during the Steel Ranger assault on Stable 2.

Dragons - Dragons were known to make their homes within the Everfree Forest. One such dragon was encountered by Spike and Twilight when they were younger and another particularly old dragon was living in Everfree and given cybernetics by Red Eye, in return for its allegiance.

The result of corruption of Poison Joke by radiation, Killing Joke is a lethal, poisonous plant that is able to cause instant transformation of the body and even the mind in those that touch it.

Like the original plant, this corrupted version still plays ironic jokes on those that come in contact with it - however, these jokes are lethally dangerous, as opposed to the (relatively) harmless tricks of Poison Joke. It is very likely to act upon the smallest of off-hand comments, no matter how long ago or how insignificant the comment seemed.

Killing Joke is a vine-like plant that maintains its blue coloration making it easy to distinguish but it is able to move and burrow fairly quickly in order to reach victims, actually employing traps to bring creatures into range while remaining hidden.

Killing Joke has only one known competitor - a plant called Phantasmal Flower. Both plants feed on psychic energy but the flower is able to choke out Killing Joke like a weed, preventing it from spreading into areas where the flower is present. The flower is not harmful to other creatures.

Examples of Killing Joke's effects are:

Victims of Killing Joke, provided they live, can be cured. It is also possible for someone to live past their natural lifespan as a result of transformation as shown with Fluttershy who was returned to normal after spending 200 years as a tree.

The effects can also be mitigated if the one who is cursed can make the joke no longer funny for the Plant such as using the effects to their own advantage. Be warned however the curse is still active until cured and the moment the joke becomes, “funny” again the effects will return in full force.

It is advised that anyone entering the forest have a method of preventing Killing Joke from making contact either through use of an armored vehical or a unicorn shield, armor may not be effective.

During the Epilogue set a decade after the events of the story, Killing Joke was being cultivated by the zebras of Glyphmark, and discovered that extracts taken from Killing Joke were an ingredient necessary to create a brew that would turn Alicorns into males, allowing the I.M.P.-born Alicorns to procreate.

Spore Pods are a plant with a brown pod or bulb on the end of a vine. When a creature wanders to close the pod will rise up and spray a cloud of spores at the victim. Effects of the spores are unknown but assumed to be lethal and will result in the creation of new a Spore Pod that grows out of the body. Whether the victim is still alive or not at the time is debatable.

If struck by a Spore Pod use of a purging spell or similar method is to be used immediately. Although the after effect will not be pleasant it is at least preferable to the alternative.

Black Fungus can be found growing on trees and rocks through out the Everfree Forest. At first it does not appear dangerous as it sit quietly in place. However this is a trick. Once prey has been detected its true nature is revealed. The Fungus is capable of movement. Taking the form of its other meals in order to chase down and convert other creatures.

When encountering Black Fungus it is advised to keep one’s distance and use Laser or Flamer weapons. A Magical Laser weapon is often sufficient to counter Black Fungus Ponies but will prove ineffective against lager forms.

Poison Thorn Spitter AKA the Anti-Air of Everfree

Not even the sky over Everfree is safe. Creatures attempting to evade the horrors on the ground will soon find themselves under fire from these plants. These plants have extreme range and the accuracy to hit a Pegasus in flight, they are most likely not carnivorous themselves given the range that they have any potential meal would fall far from the plant. Instead they probably act to supply other parts of the forest with food shooting down creatures to be converted by another plant.

A single thorn is not fatal to a adult sized pony provided the thorn strikes the extremity like a hoof. The poison will spread up the limb but stop before it reaches any vitals. Effects are an extreme burning sensation as time passes along with swelling in the affected area. It should be noted that a target almost never get hit by just one thorn as multiple plants will continue to fire at a target until it is shot down or gets out of range. An antidote is recommended for travelers hit multiple times or are struck closer to vitals.

One of the very few plants in the forest that won’t try to kill you, this flower is a direct competitor for Killing Joke. The flower is not harmful and the glowing liquid produced from crushing it is often used by Hellhounds to scare off others from their territory.. 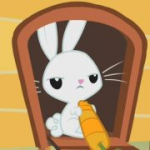 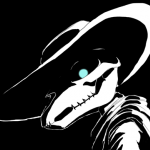 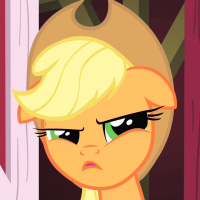 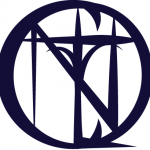